Innovation in the medical field

For centuries outbreaks of numerous diseases called pandemics would plague human populations in large regions or even world-wide. Throughout history there have been a number of widespread pandemics the most devastating being the Black Death pandemic that killed over 75 million people in the 1350’s and the latest being influenza outbreaks, also known as the Spanish flu, in 1918 and 2009. 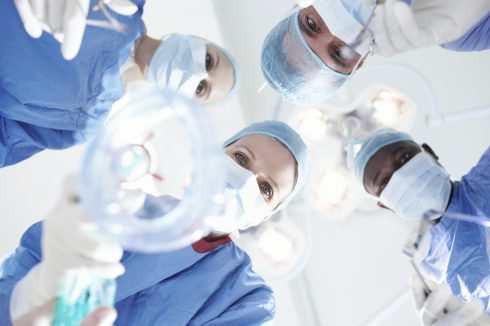 “Viruses evolve constantly so treatment methods need to too.“

The first vaccine was developed by Edward Jenner, a surgeon in the UK. In 1768 an English physician discovered that a person was immume to smallpox after prior infection with cowpox, his observation was supported by a doctor in France who had made a similar observation. In the following years several researchers successfully tested a cowpox vaccine against smallpox. However the practice only became widely understood when Jenner observed that milkmaids were often immune to smallpox. Jenner noted that the pus that formed in blisters on the milkmaid’s hands after infection with cowpox protected them from smallpox. He tested his hypothesis by taking pus from the milkmaid’s hand and injecting it in the arms of a young boy. Later he injected the boy with smallpox fluids several times but the boy did not show any signs of infection. After testing this routine on more people a vaccine was developed that protected many people in the UK against smallpox free of charge.

In the medical field research is conducted constantly to improve treatment methods and to make treatment plans more efficient. Despite all the available treatments prevention is the most cost-effective and desired treatment method. Through vaccination many diseases that used to be fatal are now in decline or even totally eradicated, some examples are: Black Death, measles, influenza, pest, polio, smallpox. Vaccine development is an ongoing process of discoveries and developments. The development of vaccines can be divided into several simplified stages:
1. The pre-clinical development is reasearc that is carried out in a lab and often tested on animals.
2. The clinical development is when the vaccine is when the vaccine is tested on humans.
3. After extensive testing the vaccine is licensed and introduced onto the market.
Ongoing research into new treatment methods and vaccines is important because viruses keep evolving and can become resistent against certain forms of medications, thus treatment methods need to evolve with the viruses in order to stay effective.

The introduction of new vaccines and treatment methods is complicated and the end of years of discoveries and developments. Only a little percentage of vaccines is licensed which makes the cost for research and development very high. Because developing new vaccines is so costly it requires high-quality, precise instruments. MASS-VIEW® meters/regulators/controllers are used in the medical field to measure the flow rate of liquids and gasses. Application ranges from usage in the development of vaccines to research to various applications in hospitals.