The future of driving

What will cars look like in the future and what fuel will they use? This is a big question lots of researchers ask themselves and there are at least as many opportunities and possibilities as there are questions. Research teams around the world are competing to design, build, and drive the ultimate energy-efficient vehicles on one of these seven fuel types:

They create a super efficient vehicle that uses as little fuel as possible and has a driving range that is as big as possible. All these fuel types have their own benefits and drawbacks, and all types have potential but have to developed further to be made into reality on a large scale in the next few years. The innovations that have to be made to introduce these vehicles on a large scale on the market range from amount of refueling stations to increasing the driving range of electric battery fueled vehicles. 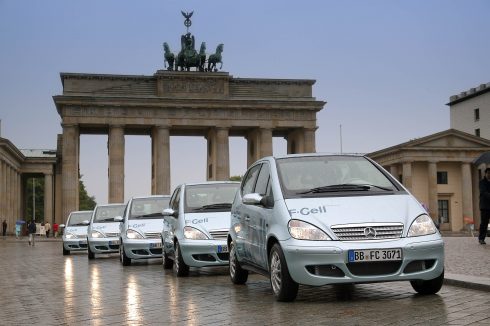 “Alternative fuels are the future but in what form and shape, that is still unknown.“

Traditional fuels in a new outfit

At the moment vehicles on electric batteries are in a further stage in the development process than other vehicles on alternative fuels. However the main problem with these vehicles is the range they are able to drive on a charged accu, while Tesla introduced the Model S that is able to drive 386 up to 460 km on a fully charged accu, which is equivalent to a traditional fuel car, their competitors have not even been able to come close with ranges varying from 100 to 150 km. Most consumers would want to drive an electric car but only when it does not affect their driving range. Electricity powered vehicles causes no greenhouse gas emissions but generating the electricity to power the car often still produces pollutants and greenhouse gasses. Thus for these cars to cause no emissions all electricity should be generated alternatively as well.

Hydrogen cars make for super efficient driving with a range of about 500 – 600 km on a full tank but at the moment there are not many hydrogen refueling stations which makes it impossible to drive these cars in certain regions. To increase the market share of these cars the number of refueling stations have to be increased first. Hydrogen is produced from fossil fuels, nuclear power or renewable sources and the cars emit no harmful pollutants.

So, what is the future?